ELLE: If you walked into a woman’s house, what one item would convince you that you weren’t compatible?

W: If she had condoms in her house, that would just f-ckin’ throw me off. That’s just tacky.

Wait, what? I don’t even know where to begin with how all kinds of wrong he is.

First, while it is certainly fine for him to have this opinion, I think it’s terribly irresponsible of him to voice it in such a manner. Sure, most of us don’t turn to him for guidelines on living, but he has lots of young, impressionable fans. If even one of them takes his message to heart, and gets rid of her tacky condom stash, then there’s an excellent chance she will end up with an STI or a baby. I realize we aren’t particularly concerned with holding celebrities accountable for their actions, and all of the blame certainly wouldn’t go to Will.i.am in such a situation. But if I were famous, I wouldn’t share those thoughts in a print magazine interview, for a female demographic.

My second issue is that I doubt his issue is actually with condoms, specifically. He is uncomfortable with what they represent – a sexually active woman. To him, condoms presumably indicate a woman who has sex often, or with various partners, or outside of a commited relationship. No matter that condoms don’t actually for sure equal any of those…for Will, it’s enough that she MIGHT be such a woman. Here are just a few of the types of women I know that keep condoms on hand:

-Women who may occasionally enjoy casual sex, and are smart enough to keep protection on hand in case the need arises

-Women in serious, committed relationships that are not ready to get pregnant

-Women who are virgins, but plan to change that at some point in the undetermined future

-Women in high school & college who have been given free condoms

Finally, wtf is this man doing talking about tacky when his band has song titles like “My Hump” and oh when he regularly sports ridiculous outfits like this: 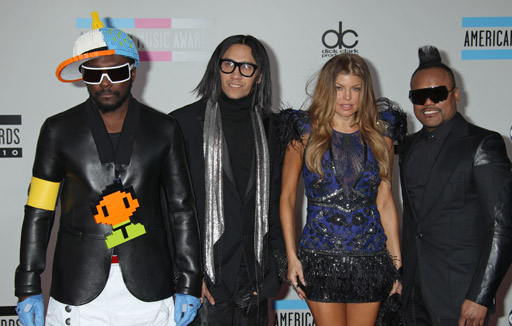