How I Met Your Mother always has unique Halloween costume choices for the characters. The details can be confusing, so I’ve put together images and dates in chronological order. Happy Halloween all!

Marshall as salt, Lily as pepper and Ted as cumin 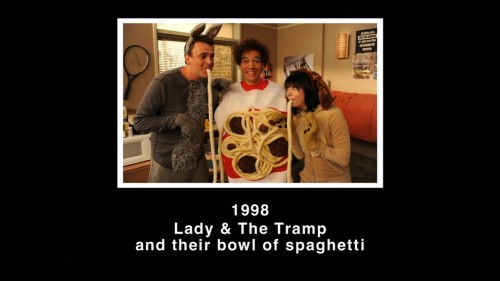 Lily as Lady, Marshall as the Tramp, and Ted as their bowl of spaghetti 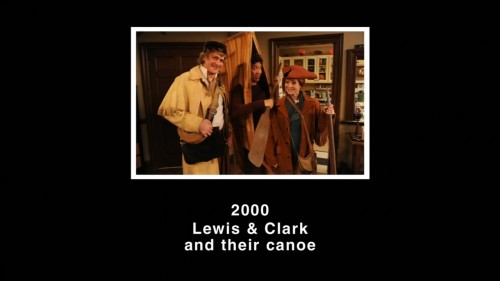 Marshall as Lewis, Lily as Clark, and Ted as their canoe (or is Lily Lewis and Marshall Clark? idk!) 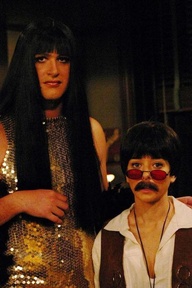 Lily as Sonny, Marshall as Cher, and Ted as a hanging chad.

Ted is still a hanging chad. At one point Marshall was Dracula so I assume Lily was one of his vampires…

Marshall as Tarzan, Lily as Jane. Ted was a hanging chad again. Sadly no picture available of this. 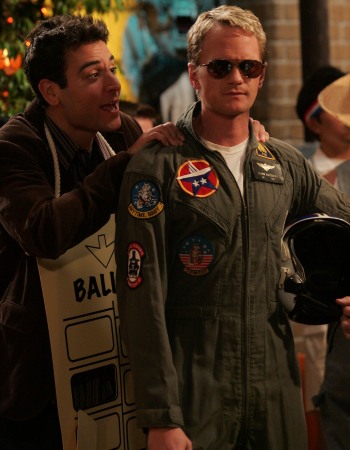 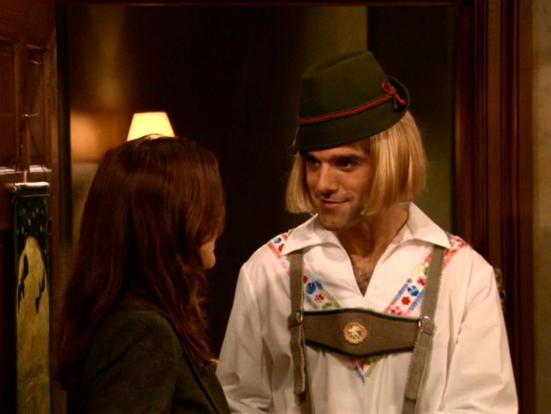 Marshall as a gay pirate (Captain Jack Sparrow), Lily as his parrot, and Ted as a hanging chad. Barney as Iceman from Top Gun, a devil, & a penguin. Robin was supposed to be Gretel (her new guy was Hansel) but she didn’t dress up.

Lily as Dr. Frankenstein, Marshall as his monster, and Ted as a scared villager

Lily as R2D2, Marshall as C3PO, and Ted as the robot Luke’s Uncle almost bought from the Jawas 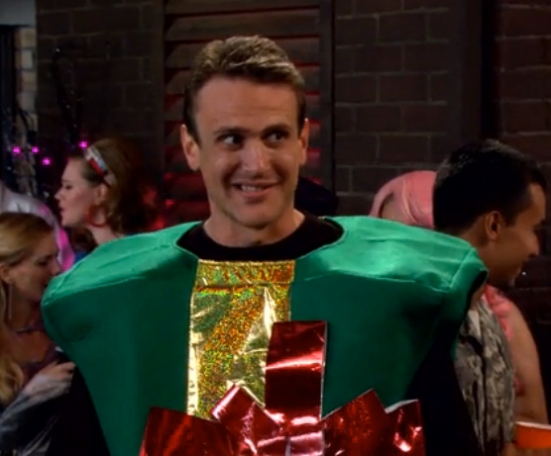 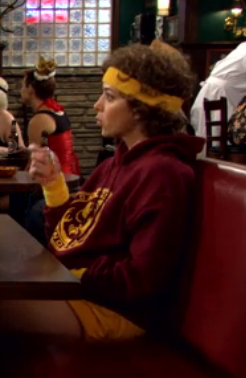 Marshall as a wedding present (that looks like a Christmas present), Ted as a thank you note, and Lily as Paulie Bleeker from the movie Juno. Marshall was supposed to dress as a “pregnant teenager”, aka the title character from Juno.

This is shown in S9E5 “The Poker Game”, but described as occurring after Lily and Marshall’s wedding. That wedding was in May of 2007, so the logical assumption is that this happened in October of 2007. But, we already know that in 2007, they had Star Wars robot costumes (see above). 2008 becomes the only choice when we consider that Juno came to theaters in December of 2007 and was released on DVD in April of 2008.

Nice cameo by the Slutty Pumpkin (Katie Holmes) in the background of this rooftop Halloween party. It shows that she has been coming back to the same party, in the same costume, looking for Ted. She might not do it every year, but she did it this year. Sadly, Ted wasn’t dressed in his memorable hanging chad costume, so she did not recognize him. That being said – his thank you card costume looks like he drew it on the back of his hanging chad costume, so it isn’t much of a stretch. Ted’s costume creation is apparently limited to cardboard hanging around his neck. 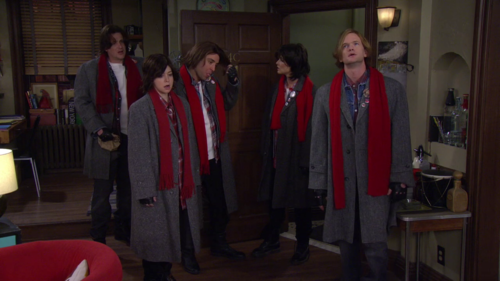 Marshall and Lily get in a fight, because Lily doesn’t want to dress up as penguins with Marshall.

This fight is mentioned in S5E18 “Say Cheese” (aired 3/22/10). They describe it as happening “last Halloween”, which should indicate October of 2009. If this is the case, then Lily wanted to go as The Breakfast Club with the gang, and Marshall wanted penguins. This could explain why Lily and Marshall both showed up in the same costume (along with everyone else). If they were fighting they might not have discussed the costumes, and both could have been trying to one up the other by showing up as the coolest character. 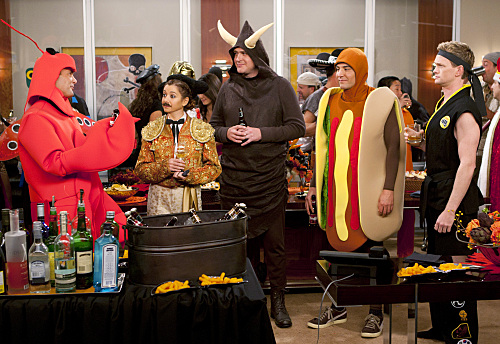 Lily as a matador, Marshall as a bull, Ted as a hot dog, Robin as a nurse (for a commercial, not really for Halloween), Barney as Johnny Lawrence from the Cobra Kai dojo in The Karate Kid, and Randy as a lobster.

If you want to dress up as HIMYM characters for Halloween, you can of course go as any member of the gang. But if you want to mix things up, consider going as their doppelgängers (Mustache Marshall, Stripper Lily, Mexican Wrestler Ted, Lesbian Robin, and OB/GYN Barney). Or, go as fun bit characters like Korean Elvis and Not Moby. My favorite idea will always be Robin Sparkles and Jessica Glitter though!